A neck lift is a surgical procedure to improve the signs of aging in the neck. These signs of aging include loss of skin elasticity that creates loose skin, and excess fatty deposits under the chin that can produce the appearance of a double chin. A neck lift is often part of a comprehensive facelift procedure, but it can also be done as an isolated procedure if sagging skin or excess fat in the neck is the main concern. Aging in the neck results from the effects of gravity and loss of volume over time. Structural changes in the main muscle of the neck, the platysma, can also contribute to these changes.

Before and After Photos 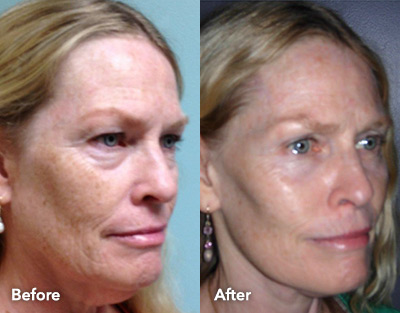 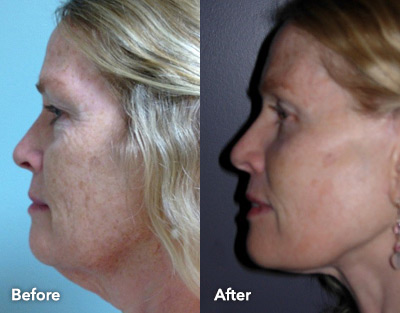 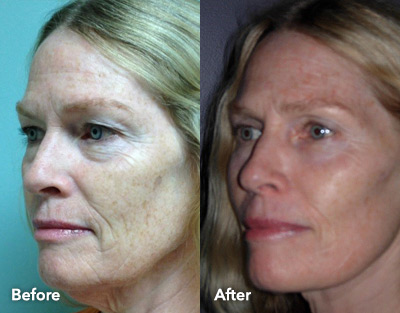 The traditional facelift utilizes incisions that extend from the temples, down in front of the ears and around the earlobe to the hairline. Often the incision is extended from behind the ears into the hairline. This incision allows elevation of the sagging face, refinement of the jaw line, and tightening of the neck. Fat grafting may be done at the same time as the facelift to restore volume in key areas of the face. An additional incision is often placed under the chin to allow tightening of muscles and removal of excess fat.

According to recent statics by the American Society of Plastic Surgeons, a facelift is the fifth most common cosmetic surgery procedure. A facelift can be performed alone, or in conjunction with other procedures, such as a brow lift, liposuction, eyelid surgery, nasal surgery or fat grafting. The best candidates for facelift surgery have a face and neck line beginning to sag, but whose skin has elasticity and whose bone structure is well defined.

The goals of surgery are to produce a more youthful appearance through repositioning the deeper layers of the face and removing excess skin. A traditional facelift is the most encompassing of the procedures available. It addresses the sagging mid-face, jowls, and neck. A limited incision or mini facelift allows for correction of mild to moderate signs of aging through an incision that is much less extensive. This incision is often limited to the front of the ear and, to a lesser extent, behind the ear.

A mini facelift helps elevate the sagging face and refinement of the jaw, but is not as comprehensive for improving the aging neck. Facelift procedures can be performed in conjunction with other procedures such as eyelid tucks to rejuvenate aging eyes, and brow lifts to correct a sagging brow.

Depending on the changes that you and your Kaiser Permanente plastic surgeon discuss, you may have different options for surgical procedures. SmalI deposits of excess fat under the chin may be corrected with liposuction alone. More extensive aging of the neck is often associated with excess skin, varying amounts of excess fat, and separation of sheet-like muscle that drapes across the neck called the platysma. The neck lift procedure in these instances involve an incision that extends from the front of the ears to behind the ears and into the hairline to elevate and remove excess skin. In addition, a small incision under the chin allows for removal of fat and tightening of the platysma muscle.
In a small group of patients, typically men, the excess skin can be directly excised. This procedure does not hide the incision around the ears and into the hairline, but for patients it can be a very effective option to remove the “turkey jowl.”

It is up to you and your Kaiser Permanente plastic surgeon to choose the procedure that is best for you during your consultation process. The goals of surgery are to produce a more youthful appearance through removal of excess skin and fat on the neck.

Neck lift procedures can be performed in conjunction with other procedures such as facelifts, eyelid tucks to rejuvenate aging eyes, and brow lift to correct a sagging brow.

Before you consider a facelift, you may want to explore alternative treatments to lax skin in the face and neck region. Improvement of skin laxity, skin wrinkles and fatty deposits may be attempted by other non-surgical treatments, including chemical peels, laser resurfacing, facial fillers, Botox, or surgical procedures involving liposuction or suspension sutures. These alternative forms of treatment have risks and there are potential complications.

Every surgical procedure involves a certain amount of risk and it is important that you understand these risks and the possible complications associated with them. In addition, every procedure has limitations. An individual’s choice to undergo a surgical procedure is based on the comparison of the risk to potential benefit. Although the majority of patients do not experience these complications, you should discuss each of them with your Kaiser Permanente plastic surgeon to understand all possible consequences of facelift surgery (rhytidectomy).

Following your surgery, bandages and a light wrap will be applied to your face and head. Small drains may be placed temporarily to drain any excess fluid or blood that may collect. You will be given specific instructions on how to care for your incisions and drains.

The immediate recovery will depend upon what type of anesthesia that your Kaiser Permanente plastic surgeon will employ for the surgery. Various anesthetic agents affect patients differently and will dictate the patient’s recovery. Most surgeons will incorporate extensive local anesthesia into the tissues which can allow patients to wake up pain free. The local anesthesia will begin to wear off in three to four hours and most patients will experience mild to moderate discomfort at this stage that is well controlled with pain medication prescribed by your doctor.

You should avoid strenuous exercise for three weeks following surgery. Patients may shower the following day; but no Jacuzzi, swimming or soaking in the tub for a week. Most plastic surgeons want to see their patients back in the office five to seven days after their surgery to remove the drains which may have been placed at the time of surgery as well as to remove any sutures that do not dissolve on their own. Healing time is highly variable, but most patients’ experience moderate swelling and some bruising that can persist up to two weeks.

One of the potential risks of surgery is infection and this usually manifests itself around five to seven days after surgery and is usually effectively treated with oral antibiotics. Numbness around the incisions is normal after surgery and can persist up to several months. The actual “full” recovery period from surgery is up to a year and this involves a gradual softening and settling of the scars and tissues. A significant amount of the recovery occurs within two to three months, but it will take the external scars up to a year to fully mature. You may also be interested in the following procedures: eyelid tuck, neck lift or lip augmentation.

Find out more about this procedure